Proposal’s Effect Would Limit Access to Capital for Small Businesses

If passed, such a move would curtail the incentives for arguably risky investing in early stage companies, funding that usually comes from founders, their friends and families, angel investors and, eventually, venture capital funds.  The potential loss of up to half the current QSBS tax incentive would likely cast a considerable pall on entrepreneurs and their investors interested in starting new businesses but unable to access needed capital.

Background of the Current Tax Incentives

Over the past decade, access to low-cost capital has attracted a record number of venture capital funds and investors who, in turn, have been investing a record amount of capital in a record amount of early stage companies, most of whom harbor the desire to be the next Amazon, Google or 10X Genomics.

A critical underpinning of this low-cost capital is tax incentives relating to QSBS, specifically in Section 1202 of the Internal Revenue Code.  It allows a noncorporate investor to exclude up to 100% of capital gain from the sale of qualified small business stock in an amount equal to the greater of (1) $10 million cumulative annual limit or, (2) an annual limit of 10 times the investor’s basis of the QSBS.

To qualify for the gain exclusion, QSBS must be issued by an “eligible corporation” and held by an “eligible investor.”  An eligible corporation is a domestic C Corporation whose gross assets at the time of the stock issuance has a tax basis of less than $50 million, and that uses at least 80 percent of its assets in the active conduct of one or more “qualified trades or businesses.”  An “eligible investor” is a noncorporate investor who acquires the QSBS stock at its original issuance and has held the stock for at least five years.

These significant capital gains exclusions have encouraged much-needed investment in early stage, often very risky companies by incentivizing investors to patiently hold the stock for a considerable period of time before the generous tax breaks can ripen and materialize.  Many investors and venture capital funds cite the tax benefits as a welcome – and necessary – benefit to offset the risk involved with these newly formed small businesses.

The new QSBS gain exclusion now under consideration would amend IRC Section 1202(a) to eliminate the 75% and 100 % gain exclusions for certain taxpayers. Specifically, those gain exclusions would no longer be available to any taxpayer (i) whose adjusted gross income (AGI) equals or exceeds $400,000 or (ii) that is a trust or estate. Such taxpayers would still be eligible for the above-mentioned 50% QSBS gain exclusion that existed for stock issued between Aug. 11, 1993, and Feb. 18, 2009.

The effect of this proposed legislation is to repeal Obama-era QSBS benefits for taxpayers with an AGI of $400,000 or more or that are trusts and estates. It is also important to note that any capital gain from the sale of QSBS that is not excludable under Section 1202 due to the 50% or 75% exclusion percentage is subject to tax at a rate of 28%, a rate that is higher than current capital gains rates (which would also change as part of the overall tax bill).

This proposed provision piles on top of other disincentives to capital formation, including raising the top marginal individual income tax rate to 39.6% from 37% and raising the maximum corporate tax rate to 26.5% from 21%, as well as putting limits on gains that may be sheltered in IRAs and other tax-deferred retirement plans.  And, as noted above, additional sweeping changes are being proposed to numerous other taxes that likely adversely affect both individuals and businesses, as well as further capital formation and access.

If the reduction in benefits from investing in and holding QSBS passes Congress and is signed into law, it is unlikely that all investments will end in startups.  Excluding half of the post-September 13, 2021, gain, as was the law before 2009, is certainly better than paying tax on all of it.  While it’s unclear to what exact extent investments will be curtailed if the bill becomes law, there surely is a decided policy shift against incentivizing risk takers as part of the country’s future economic growth.

If you have questions about the proposed change to Sec. 1202 or want more information on this topic, please contact a member of Gould & Ratner’s Tax Planning Practice or Private Equity and Venture Capital Practice. 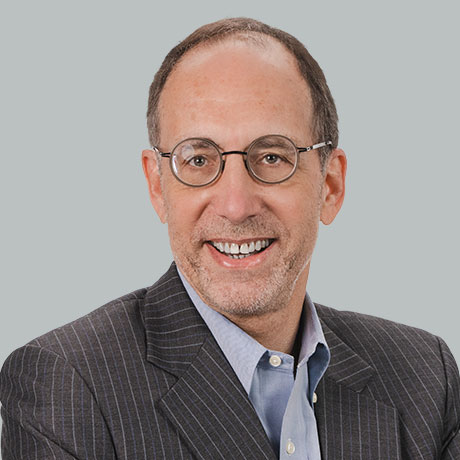 Fred Tannenbaum
Partner
Early in his legal career, Fred Tannenbaum found himself in the center of successful deal negotiations that would transform our country’s entire telecommunications industry. His firsthand experience of getting things done for clients, even in new and uncharted territory, helped ignite his passion to support and guide corporate clients in their critical business transactions and strategies.