This article explains the basic requirements for a Habitat Conservation Plan, to be submitted in connection with a party’s application for an individual permit to impact endangered species and habitat in the course of property development.

A Brief History of “Take”

The federal Endangered Species Act (ESA), passed in 1973, contains a provision prohibiting “take” of any species which has been listed as endangered under the Act. 16 U.S.C. § 1538. What does it mean to “take” a species? The ESA defines “take” as “harass, harm, pursue, hunt, shoot, wound, kill, trap, capture, or collect, or to attempt to engage in any such conduct.” Id. § 1532(19). “Harm” has been defined to include “habitat modification or degradation that actually kills or injures wildlife,” which definition the U.S. Supreme Court upheld in 1995. Babbitt v. Sweet Home Chapter of Cmtys. For a Great Or., 515 U.S. 687 (1995). Whether the habitat modification “actually kills” wildlife generally turns on issues of foreseeability and must be determined on a case-by-case basis.

When the ESA was passed in 1973, “take” of endangered species was allowed only in the context of federal actions whereby the federal agency taking the action would have to consult with the U.S. Fish & Wildlife Service (USFWS) or the National Marine Fisheries Service (NMFS) (depending upon the species involved) to determine whether the action (for example, the U.S. Army Corps of Engineers issuing a permit to fill wetlands) would jeopardize the existence of an endangered species. There existed no provision for allowing private-party “take” of a species during land development.

In 1982 the ESA was amended to allow nonfederal parties to obtain a permit to “take” endangered species in the course of private development so long as the “take” was “incidental to, and not the purpose of, the carrying out of the activity.” ESA § 10, 16 U.S.C. § 1539(a)(1)(B). To obtain a section 10 Incidental Take Permit, the nonfederal party must submit an application to the relevant agency, along with a conservation plan, commonly referred to as a Habitat Conservation Plan (HCP).

Contents of a Habitat Conservation Plan

The HCP must cover several items set forth in the statute, specifically (1) the impact that will result from the taking, (2) the steps the applicant will take to minimize and mitigate those impacts, (3) the funding that will be available to do so, (4) what alternative actions the applicant considered and why they were not chosen, and (5) “such other measures” that are deemed necessary or appropriate by the Secretary of the Interior. 16 U.S.C. § 1539(a)(2). Each of these statutorily mandated considerations in an HCP involves extensive analysis and discussion.

For that reason, developing the HCP is by far the most time-consuming and intensive part of obtaining the Incidental Take Permit. Parties (and their consultants) are encouraged to consult with the regulating agency early in the process and to work with the agency to arrive at the appropriate measures to address each of the ESA’s requirements. Depending upon the complexity of the situation, the process can take years. The Habitat Conservation Plan Handbook to which applicants and practitioners can refer during the process. The Handbook itself is hundreds of pages long and describes how the agencies view and fulfill their roles and obligations in processing section 10 permits and assessing HCPs.

Impact of the Take

Determining the impact that will result from the taking of the species involves reviewing how the amount of take from the specific activity will impact the species’ population—for example, in a certain range or a designated population segment—analyzing context, intensity, and duration of the impact.

Once the impact of the take is analyzed, the applicant must describe how it will minimize and mitigate for that impact to the “maximum extent practicable.” This step is the primary focus of the HCP.

In determining how it might “minimize,” i.e., reduce, the impacts, the applicant should first consider whether it can avoid the impacts altogether (and obviate the need for a permit). Assuming it cannot, minimization considerations can include timing of activity (e.g., by operating wind turbines only when endangered bat species are not present), use of buffer zones (around nesting areas or other areas crucial to species activity), slowing equipment speed, and the like. Once the impacts are minimized to the maximum extent practicable, the applicant must state how it intends to mitigate for the impacts that will occur again, to the maximum extent practicable.

Mitigation can involve restoring species habitat, translocating species, preserving land of other habitat areas (for example, though conservation banks), and reducing threats on other habitat (say, by taking out non-native encroaching vegetation). Some or all of these measures can offset the impacts of the “take.” What constitutes effective mitigation will be determined by the agency, in view of the biological goals for the endangered species.

If the mitigation that is proposed will fully offset the impacts of the “take” the applicant has met its burden to minimize and mitigate “to the maximum extent practicable.” If the mitigation will not fully compensate for the “take,” the applicant will have to show either that there is simply no other way to fully mitigate or it is economically detrimental to fully mitigate (and in that case, the applicant must show the agency its financial information). The USFWS and NMFS maintain that either of those options should be used only when there are “truly no other options.”

The Incidental Take Permit applicant must also describe in its HCP how it will fund the mitigation, including whatever monitoring and adaptive management will be required to ensure the mitigation works over the course of the permit. To ensure the applicant will not be required to comply with additional land use restrictions or to increase its financial commitment in the future based upon changed circumstances which were unforeseen at the time of permit issuance, the agencies adopted a “No Surprises” policy in 1998. 50 C.F.R. §§ 17.22(b)(8), 17.32(b)(8).

Alternative-action analysis requires the applicant to discuss in the HCP the other possible alternatives to its proposed activity, including a “no action” alternative and why those actions were rejected (e.g., subsurface mining instead of surface mining would be financially devastating and leave valuable reserves untouched). This analysis can include the proposed mitigation and why it is the best choice for the species.

The above is a skeletal outline of the issues that must be addressed in an HCP that is submitted in support of a section 10 Incidental Take Permit under the ESA. Private parties desiring to develop land with endangered species present would do well to consult the Habitat Conservation Plan Handbook and to engage consultants and counsel early in the process.

This article also was published on the American Bar Association website; it can be accessed here. 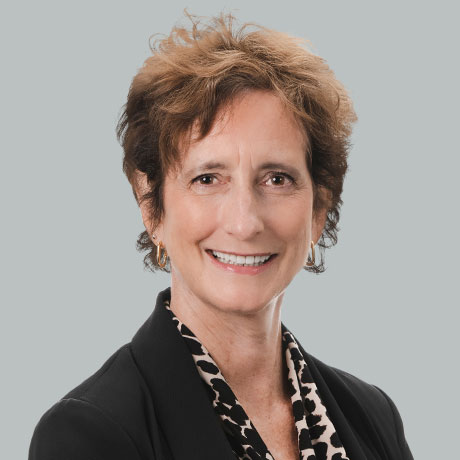