Would Your Company's Non-Compete Survive a Challenge in Court?

Litigation over restrictive covenant agreements, including non-competes, is on the rise. Because such agreements are viewed as restraints on trade, they are generally disfavored by Illinois courts. In a recent decision, an Illinois appellate court followed suit, striking down as overbroad and unreasonable the non-compete, non-solicit and confidentiality provisions in an employment agreement. AssuredPartners, Inc. v. Schmitt, 2015 IL App (1st) 141863. The court also refused to judicially modify or “blue pencil” those provisions because it found their shortcomings too great to permit modification. Left with nothing but an unenforceable agreement and the purported loss of its confidential information, the employer was without a remedy. The court’s employee-friendly ruling should serve as a reminder to employers that it is more important than ever to carefully draft or revise their employment agreements with an eye towards passing muster with the court.

In AssuredPartners, Inc. v. Schmitt, Mr. Schmitt worked at ProAccess, a wholesale insurance brokerage firm. He specialized in selling lawyer’s professional liability insurance, working for ProAccess for more than seven years. In 2012, the company was acquired by AssuredPartners (AP). As part of the deal, AP required Mr. Schmitt to sign a new employment agreement that included broad confidentiality, non-compete and non-solicitation provisions. The non-compete language stated that Mr. Schmitt could not compete with AP in any and all lines of the insurance business in the United States, even if different from those he handled during his employment; prohibited contact between Mr. Schmitt and all of the AP’s customers and potential customers; and defined confidential information to include “all information regarding the business or affairs of AP and its affiliates.”

After a dispute over compensation, Mr. Schmitt quit, began selling lawyer’s professional liability insurance for a competitor and solicited his former customers using a policy expiration list that he had serviced during his employment. Not surprisingly, AP filed suit against him alleging claims for breach of his employment agreement and a business-related tort (interference with prospective economic advantage). AP sought preliminary and permanent injunctive relief.

In reviewing the enforceability of the restrictive covenants, both the trial court and the appellate court applied a rule of reasonableness, as established by the Illinois Supreme Court in prior non-compete cases. In short, that rule provides that a restraint on trade in a restrictive covenant agreement is reasonable only if it: (1) is no greater than is required to protect a legitimate business interest of the employer; (2) does not impose undue hardship on the employee; (3) is not injurious to the public; and (4) has reasonable activity, time, and geographic restrictions.

In the Schmitt case, the court found the non-compete provision to be overly broad and unenforceable. Specifically, the court noted that the restrictions would have barred Mr. Schmitt from working anywhere in the United States within the entire insurance industry. Such vast protection was more than was needed to protect AP’s business interests. The court also found the non-solicitation (of customers) provision to be overly broad because it precluded Mr. Schmitt from working with AP’s customers that he never met, did not know and with whom he had not previously worked. The court found this restriction was far broader than necessary to protect AP’s interests in the specific customer relationships Mr. Schmitt had developed while employed. It noted that the most the law affords is protection as to customers with whom the former employee had worked. Notably, the court even found the confidentiality clause in Mr. Schmitt’s employment agreement to be overly broad. Despite what has become fairly standard “carve-out” language in confidentiality clauses – allowing for the disclosure of information that becomes generally known to and available for use by the public – the court still refused to enforce it because it covered any business information, regardless of whether it was truly confidential. Moreover, the court found that merely because information was not made public, did not automatically make such information confidential enough to warrant protection under the law.

One final note in the court’s opinion was its unwillingness to modify the restrictive covenants. The employment agreement contained an explicit clause under which parties “consented to judicial modification” for any provision deemed to be overbroad. While such a clause is normally a savior for employers, the court declined to “blue pencil” the language because it was simply too slanted in the employer’s favor. In so holding, the court made clear the burden is on employers to practice narrow and precise draftsmanship (and to not leave it to the courts to do so for them).

In this age of job mobility, the increase in litigation surrounding the enforcement of restrictive covenants will likely continue. As such, employers should consider the following best practices:

Finally, remember that broader is not better and the days of counting on the Illinois courts to re-write or “blue pencil” overly broad provisions may well be at an end. 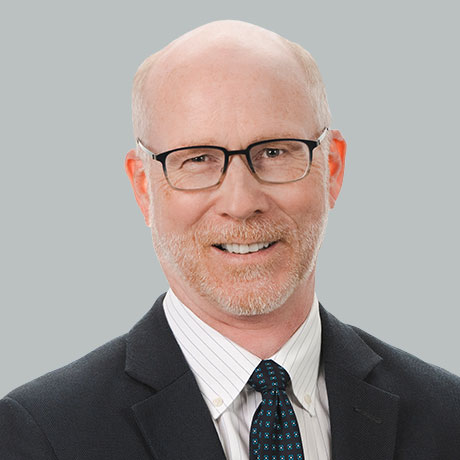