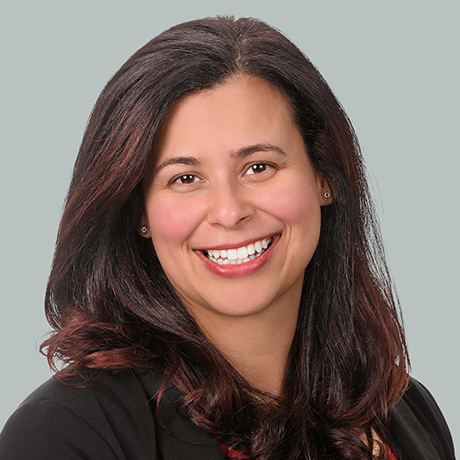 Vanessa Tiradentes represents a wide range of businesses and individuals in all phases of commercial litigation in both federal and state courts. Her experience includes handling allegations of breach of fiduciary duty, business divorces, contract disputes and indemnification claims, among other commercial matters. In addition, Vanessa assists clients with construction matters, including contractor disputes, breach of warranty claims, and insurance coverage issues.

Admitted to practice in four states, Vanessa spent several years representing clients in Delaware’s state and federal courts, at both the trial and appellate levels. She has been involved in matters involving corporate, commercial, intellectual property and other business-related issues. In 2016, she was recognized as a Delaware Rising Star in business litigation by SuperLawyers magazine, and again as an Illinois Rising Star in 2018, 2019, 2020, and 2021. Vanessa was named a "Notable Rising Star in Law" for 2021 by Crain's Chicago Business.

Vanessa has been an active member of several bar associations. She is particularly involved with Business Law Section of the American Bar Association, where she has held many leadership positions. Currently, Vanessa serves as Co-Chair of the Business Law Section’s Diversity Clerkship Program and Co-Chair of the Judges’ Initiative Committee. She has also been Deputy General Counsel and an affiliate representative of the Hispanic National Bar Association, as well as President of the Delaware Hispanic Bar Association.

Outside of her work at Gould & Ratner, Vanessa volunteers weekly as a mentor and tutor for Chicago Lights Tutoring and previously served on the Chicago Lights Associates Board. In addition, she is a Harvard College Alumni Interviewer, and was recently elected Co-President of the Harvard Latino Alumni Alliance.  She also serves on the National Board of Directors of the Harvard Latino Alumni Alliance, and previously served as Secretary of the organization.